The Chernobyl exclusion zone is a trend in Ukrainian tourism, the most dynamically developing tourist destination. And last year, Chernobyl became a world sensation: the release of the eponymous series from HBO, recognized as the best mini-series of 2019 and received the Golden Globe, caused a huge stir. After him, tourists from all over the world came (and continue to go) to the Ukrainian outback. In 2019, more than 124 thousand tourists visited the Chernobyl exclusion zone, and, interestingly, more than 80% of them are foreigners. This is more than 10 times more than in 2015 (then only about 7 thousand tourists came to Pripyat) and 20% more than in 2018.

British and Americans go to Chernobyl

In total, last year citizens of 130 countries of the world visited Chernobyl. Most of all - from the UK - 18,460 people. Poland ranks second, 10416 people came from it to Pripyat, Germany (9015) in third, United States of America in fourth (6441), Czech Republic in fifth (4582). But there were guests from very distant countries - Chile, Mexico, Singapore, Japan.

Chernobyl attracts tourists from all over the world. The main purpose of the trip is to see with your own eyes a world-class tragedy. Indeed, grief and pain are a serious magnet that attracts attention. A tour of the Chernobyl zone makes everyone think about the important.

"Savages" in the exclusion zone will not be allowed

In order to visit the 30-km zone, you must contact go2chernobyl.com in advance and book a tour. We will take all the trouble of registering and obtaining permission to visit the Chernobyl Exclusion Zone. Registration is carried out, as a rule, three days before the visit. Without registration, staying in the Exclusion Zone is illegal. Attempting to enter a 30-kilometer zone without permission is fraught with consequences - administrative and even criminal liability is provided.

Our groups are accompanied by professional guides. Many of them are former stalkers who made their passion work. The tours they conduct are very informative and emotional. You definitely won’t be bored.

In the footsteps of Comrade Legasov

It is worth noting that cinema has always provided a powerful incentive for the development of tourism. So, tourists from all over the world come to New Zealand to look at the legendary "Hobbiton" - the place where the shooting of "Lord of the Rings" took place. And in the Chernobyl Zone, after the release of the American series, to see the legendary bridge over the Pripyat River, the destroyed reactor, the Polesie hotel, the Red Forest, the first headquarters for the liquidation of the accident, located in the city executive committee, schools, kindergartens and hospitals, which the first to receive the affected liquidators of the disaster.

Last year, Chernobyl received 4 times more foreigners than Ukrainians. And this is surprising - our compatriots visiting the Exclusion Zone is simpler and cheaper (less travel expenses, no need to fly across the ocean like Americans do). And this is just the case when Ukrainians should support the global trend.

All you need for this is to contact our manager and book a tour right now. For you, we can conduct an individual tour, develop a special route, or you can purchase a proven one-day tour. There is also the option of two-day tours with accommodation in a 30-kilometer zone, for the most seasoned - we can organize a tour of up to 5 days. Our groups are not big. So hurry up, friends. 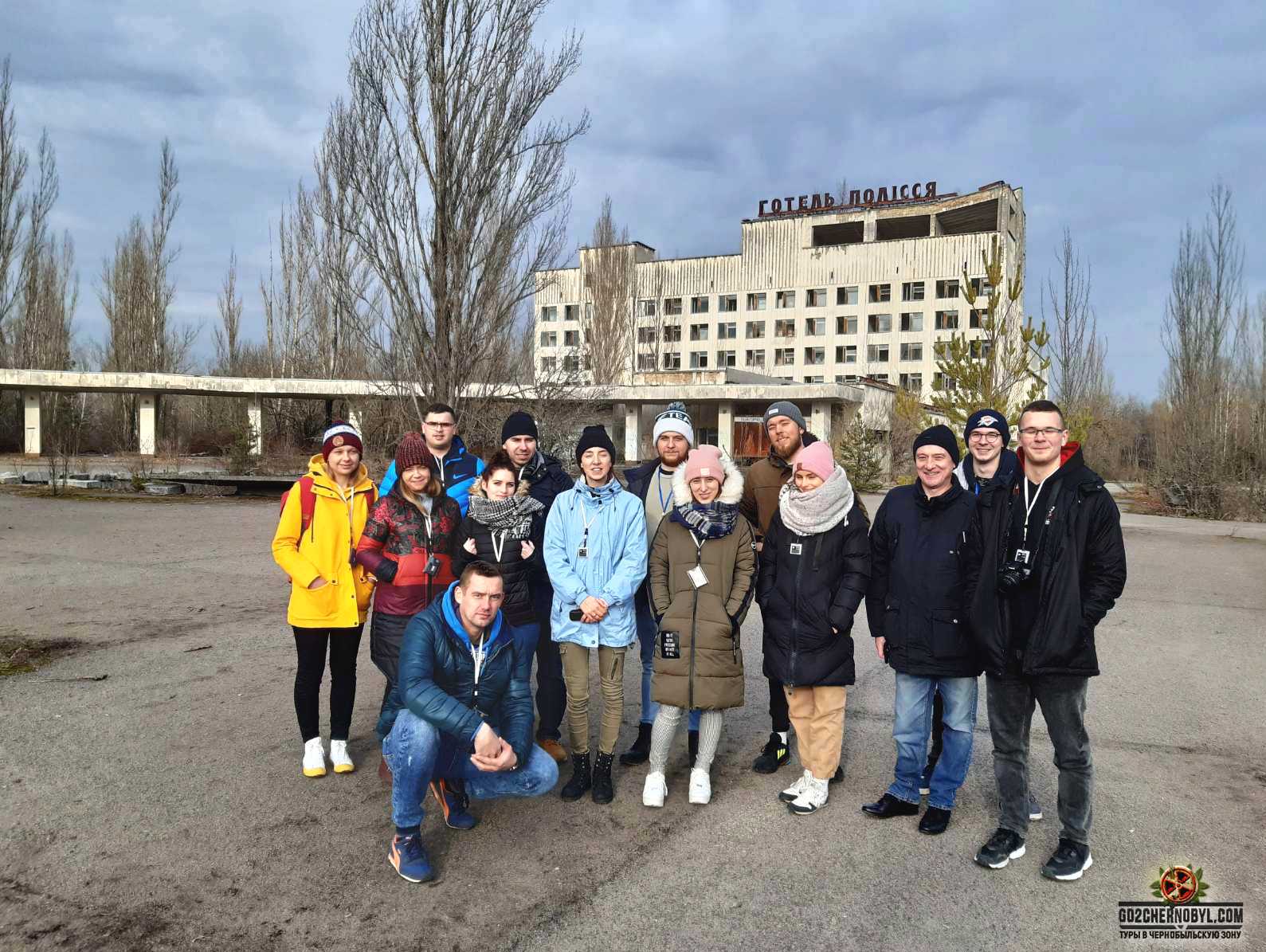