CHERNOBYL WANT TO BLOW UP. TERRORISM 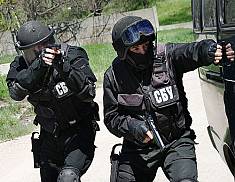 March 8, 2015 there is a threat of a terrorist act at the Chernobyl nuclear power plant.

In connection with the telephone threat of the terrorist act at the Chernobyl nuclear power plant, measures have been taken to strengthen security. Thus, the access control regime has been tightened, and the security of the Exclusion Zone has been strengthened.

This was reported today to us by the Administration of the Exclusion Zone. Various preventive measures will be carried out.

All visits to the Chernobyl Exclusion Zone on March 7 and 8 are canceled.

We ask you to be sympathetic to the cancellation of trips on March 7 and 8. Please leave a request for postponement of the trip to another date or for a refund in the feedback form (photo taken from the open source vk.com)