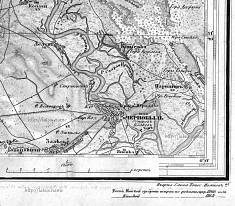 If you click at Chernobyl through Google or for other reasons – it means that you have a great opportunity to visit one of the most ancient cities of Ukraine.

Chernobyl poses a huge and impressive story, giving an unforgettable experience for tourists visiting this mysterious city, in the truest sense of this word. Since the founding of this city was in the midst of continuous historical changes which characterized development as the Kievan Rus and the former USSR. There is an opinion, they say the elimination of the accident at the CNPP destroyed the economy of the Soviet Union that has pushed to disintegration of the State.

If to follow Ipatiev Chronicle, the first mention of Chernobyl gets on the 1193 year, but according to some reports in the 2005 performed historically significant expedition, due to which it became clear that a permanent settlement here founded in the early 20th century. Without consideration it, in territory CNPP presence of constant settlements which were based about 2500 years ago is established. Here only it is necessary to accept that such researches of Chernobyl and as settlements CNPP presently it was not spent in any way.

Has passed 30 years and till now anybody plainly has not answered, what all then has occured and than all has ended? Till now there is no answer to perhaps main question – why after introduction rods capacity of reactor instead that what to fall off is inexplicable for anybody has grown?

One can only hope that the mysterious Chernobyl still be investigated by archaeologists during our time. The need for studies as well as research ο Chernobyl is natural, since mankind with respectful interest and enthusiasm draws attention to those things that touches historical past. By analyzing and examining events in the past, a person receives valuable experience and has the ability to connect, as well as to compare the past and the present and can try to predict the future.

Perhaps the desire to decipher mysteries of historical forces traveling weighty part of the world’s population, making them the travelers, whom it is important to visit the place where the footprints of Cheops, or where blazed Chernobyl radiation.

A stay in the Chernobyl zone to see with their own eyes the abandoned villages, abandoned ‘ghost town’ of Pripyat and look at the sarcophagus over the destroyed 4th block CNPP now possible to virtually everyone an adult man.

Chernobyl will not leave anyone without a thought about how quickly nature reminds himself to humanity, which is a little late to conclusions. Despite the fact that Zone is home to some 170 ‘self-settlers’ and about 2,500 personnel of the enterprises of the exclusion zone a large part of the city abandoned and uniformly ‘it is absorbed by vegetation.’

This accident is regarded as the largest scale in the history of nuclear power.

Go2chernobyl.com team is ready to arrange tour for you tributes which will stay with you for a long time. We guarantee comfort, extreme, quality and of course driven stick on your camera. Increasingly our tourists come back to us, having arrived with friends that would show them a bit of a completely different world, or again an atmosphere saturated with 80s. And we’re sure that you’ll be among these people because it is the basis of our work. This trip will change your life dramatically and open the door to the realities of nature without humanity.