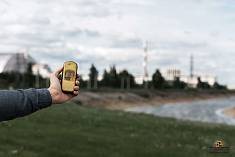 The explosion of the 4th power generating unit of the Chernobyl nuclear power plant brought about many consequences. All of them have been negative except one, and this one is called tourism to the Exclusion Zone. This accident can be truly considered as one of a kind and that’s the main reason why it attracts many tourists from every country. Since the whole landscape resembles the end of the world this is the only place that you may visit in reality.

Radiation pollution had been inevitable aftermath and became one of the reasons that have caused apprehension when people started thinking whether it was secure to visit this place or not. Time moves on and radiation level became safe within the Zone except for the point of ground zero where the level of radiation poisoning still goes beyond health and safety regulations. And this is why this territory still remains to be restricted. Is it correct if we consider a tour to Chernobyl to be safe? The answer is yes but you must put your best foot forward since the whole terrain is slowly but steadily deteriorating, excluding some facilities, and the surrounding environment is turning into a feral forest. Also, it looks like nobody is planning to restore any infrastructure, and sooner or later everything will be vanished underground and will be covered with trees, bushes, and such like a plant kingdom. Unfortunately, we must admit that tours to Chernobyl are a temporary phenomenon so grab your backpack and whirl along to the Zone.

Let’s figure out if there are any issues when you need to be wary with radiation or anything else that is concealed along the tour circuits broken by our guides. The safety rules of any Chernobyl tour require professional support of experienced guides. The most important moment is that you must not take a pattern by stalkers who illegally infiltrate the Exclusion Zone for whatever reasons they have. Being romantically minded about stalking and inspired by relevant video games and a book “Roadside Picnic” by A.and B. Strugatskiy, they constantly wonder about the Zone ignoring all possible safety regulations. Let’s list some common recommendations regarding secure behavior in this area:

Where to Buy Chernobyl Tours Online

All these safety rules have been created to make your visit to Chernobyl easy and fascinating. If you hard-and-fast abide by all of them, then you will be safe and sound without any exception. Join our troops and feel the unmatched spirit of the Exclusion Zone! If you have any questions concerning tours to Chernobyl and Pripyat, GO2CHERNOBYL experts are ready to answer them. Leave your contacts on our webpage and our managers will call or email you in no time.