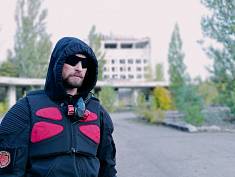 Before ordering an UrbEx tour in Kiev let’s recall what we know about this phenomenon. Industrial tourism and urban exploration have become adventure holidays for those who like to rattle their nerves. This is an opportunity to explore civilian objects, military facilities, and any abandoned constructions aiming to achieve mental and esthetic delight and for the accomplishment of research interest as well.

Types of Industrial Tourism and UrbEx

Tours to the Chernobyl Exclusion Zone can be considered as a part of urban exploration. But there is a unique difference between them and the rest part of the explorations. Chernobyl terrain is one of a kind spot on Earth — this is the only place that underwent a nuclear catastrophe that hasn’t had any analogs in our world. Even nuclear blasts at Hiroshima and Nagasaki have a poor comparison with the Chernobyl disaster with respect to the aftermath. Despite the following fallout, nature recovered pretty quickly, and nowadays the whole Zone is swarming with flora and fauna. But towns Chernobyl and Pripyat are still standing desolated except some locals who somehow manage to dwell there and some workers who maintain the station. Maybe you will have a unique opportunity not only to see these people, but also to talk with them.

All those who are in search of an extreme tour we highly recommend visiting the Exclusion Zone. Chernobyl is the core of industrial tourism that comprises all types of urban exploration listed above. The only difference is that all our tours are authorized: you will not have to stalk, infiltrate, hack the buildings or perform roofing. All of them are dangerous and our guides had broken safe trails to make sure you will return home safe, sound, and full of hard-hitting emotions that you would never get anywhere else.