Certificates
Tours Cernobyl Zone >> CAUSE EXPLOSION OF THE CHERNOBYL .. EARTHQUAKE!

CAUSE EXPLOSION OF THE CHERNOBYL .. EARTHQUAKE! 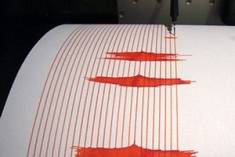 There are a great many legends that have enveloped the Chernobyl exclusion zone, and in particular about the causes of the accident at the fourth power unit, various stories grow like mushrooms after rain.

Some people say that the reactor was faulty, others say that the accident occurred is a total mistake of the station personnel. There are many versions, and we offer you one more interesting cause of the disaster, which gave rise to the very Chernobyl, to which we are all used to (or pretended to be used to).

To the Exclusion Zone where go2chernobyl.com invites you.

In the nineties, the media slipped information that the accident at the Chernobyl nuclear power plant occurred due to a narrowly directed earthquake of about 3-4 on the Richter scale that occurred about 15 seconds before the accident, which was confirmed by the data displayed on the seismograph. Nuclear scientists immediately rejected this version, since an earthquake with an epicenter in the Kiev region is a paradox.

However, in 1997, a scientific work was published, in which, based on the analysis of seismograms obtained from three seismic stations located 100-140-180 kilometers from the Chernobyl nuclear power plant, the most accurate data on the earthquake occurred were obtained. They say that at 1 hour 23 minutes 40 seconds, 11 km east of the city of Pripyat and near the Chernobyl nuclear power plant there was a weak earthquake. The magnitude recorded by all three stations was 2.6 on the Richter scale. It was not possible to find out the depth of the source of this event from the data available in the location. Therefore, the conclusion follows from this: this earthquake could not occur at the location of the Chernobyl station and near the city of Pripyat.

The results immediately prompted scientists to pay close attention to the geotectonic hypothesis, because the seismic stations located in the data zone turned out to be unusual, but hypersensitive, since they monitored underground nuclear explosions. And the fact of the concussion 11 ... 17 seconds before the accident became an irrefutable argument, which could no longer be ignored.

But somehow it seemed at once strange that the obtained seismograms lacked peaks from the explosion itself at the fourth block of the Chernobyl nuclear power plant. It turned out that seismic oscillations, which no one in the world noticed, were recorded by station instruments. But the explosion itself, which shook the earth so that many felt it, these same devices, capable of detecting only 100 tons of TNT at a distance of 10,000 km, for some reason did not register. But they had to register an explosion with a capacity of 10 tons of TNT at a distance of 100.200 km. It’s not logical. But version is version. None of the scientists claims that this is an established fact, because of which the accident occurred. “Thanks” to which Pripyat and many other settlements have turned into a non-residential, abandoned zone for many decades to come.

You can hear many other theories and legends from our guides while participating in our trips to the Chernobyl exclusion zone.

Go2chernobyl.com your main guide to Pripyat and Chernobyl is always happy to provide extreme tourism services.