Certificates
Tours Cernobyl Zone >> Woohoo! We are ready to surprise you with new emotions in new season

Woohoo! We are ready to surprise you with new emotions in new season 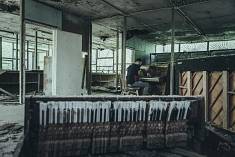 Well, the last month of winter is coming to an end, which means that a new season of visits to Chernobyl zone begins. It's time to take stock of last year, and answer the question: “What should we expect from the new season.”

According to the official data of the State Enterprise “Center for Organizational, Technical and Information Support for Management of the Exclusion Zone” for 2020, 36 450 people visited Chernobyl. And this is despite the fact that from March 18 to June, the entrance to the exclusion zone was completely closed, due to the Covid-19 pandemic, and the introduction of quarantine. In addition, at the end of August, Ukraine closed the borders for the entry of foreigners, and they, according to 2019, accounted for 80% of the total number of visitors. The restriction was lifted only in October, and during this month 7,202 people visited Chernobyl.

Separately, it is worth noting an interesting tendency to celebrate the New Year in the exclusion zone. So, on December 31, 2019, 36 tourists from Poland were registered in Chernobyl. And 24 tourists, among whom were Ukrainians, Poles, Colombians and even UAE citizens decided to meet New Year 2021 near the 4th reactor.

If you think that 36,450 people per year is an incredible amount, then what do you say to this:

“According to official data of the State Enterprise “Center for Organizational, Technical and Information Support for Management of the Exclusion Zone” for 2019, the exclusion zone was visited by over 124 thousand people”

This figure includes not only Ukrainians, but also British, Germans, Poles, Americans, Czechs, as well as Mexicans, Arabs and many other nationalities.

It has been assumed that in 2020 Chernobyl will receive even more tourists, however, as it turned out, the higher forces had other plans for this year.

Does the government have a plan for the development of the Chernobyl exclusion zone?

Why does Chernobyl come into sharp focus?

In addition to the ChNPP itself, 4th reactor, giant cooling towers and the DUGA radar station, you can see the following in the exclusion zone: 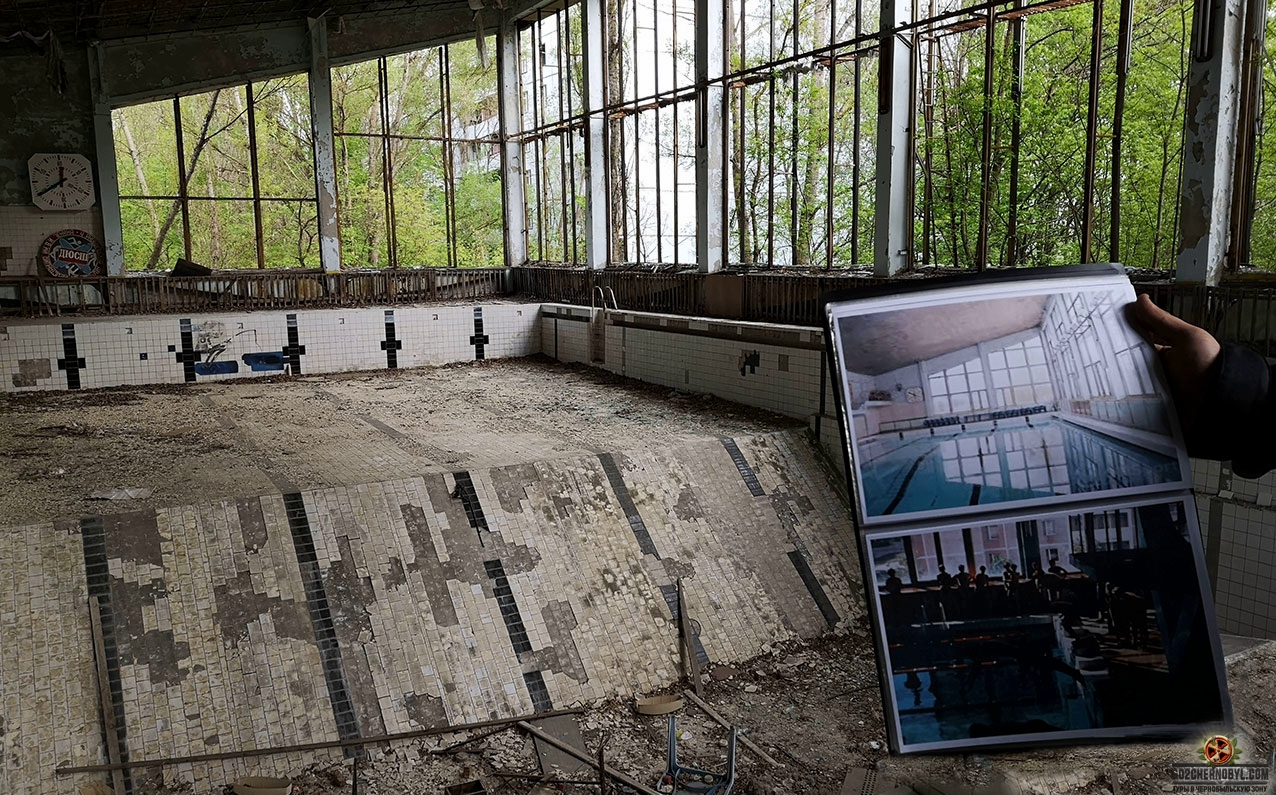 Ghost-town Pripyat. Desert streets, abandoned houses, trees embedded in concrete walls - all this is about Pripyat. The city seems to be in a parallel universe, where portraits of leaders still hang on the walls, and children wear pioneer ties;

Ferris wheel. This is most likely the only wheel in the world that is already 35 years old, and no one has ridden it so far;

Swimming-pool in Pripyat. Few people know, but the swimming-pool «Lazurnyi» continued to work even after the explosion. It was actively used by local workers and liquidators of the disaster until 1992. And all because this place was somehow miraculously the cleanest in terms of radioactive background;

Pripyat Hospital. Unfortunately, this place is not for the faint of heart. It was here that all victims of the disaster came, including station personnel, liquidators and ordinary residents. The walls of the hospital seem to be saturated with pain, fear and suffering. Walking along the corridors, you feel like the protagonist of a sci-fi thriller. All because of the specifics of the architecture and the high degree of safety of the entire medical infrastructure. Syringes, medicines, clothes, beds, ampoules, mattresses - all this causes indescribable feelings;

Bridge of Death. There is a story that on the night of the explosion, residents of the city gathered on this bridge and watched a huge flame that engulfed the station. And that they all received a lethal dose of radiation of 600 roentgens/hour. However, whether it is true or a figment of fantasy - you can recognize it from our tour-guides; 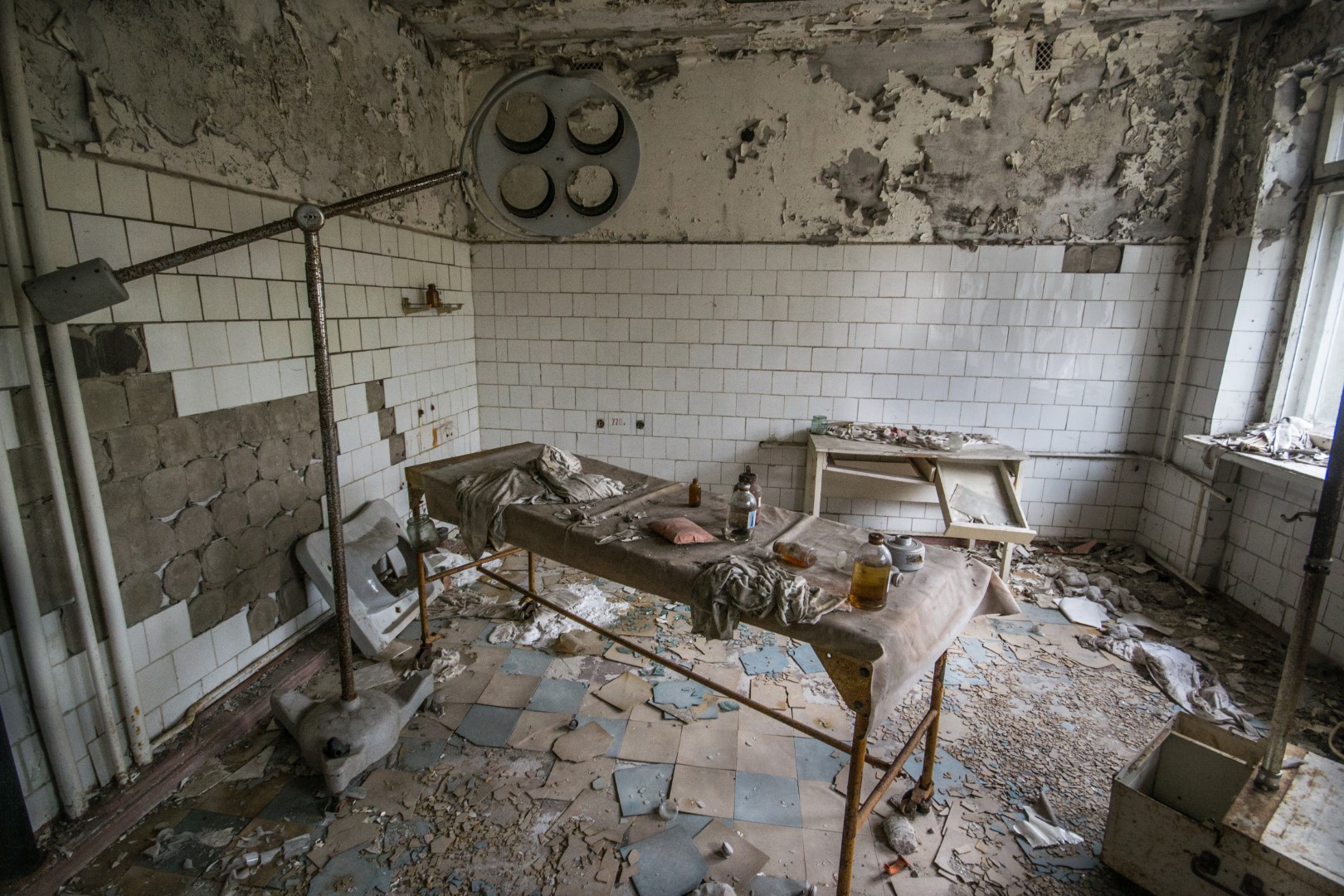 Ship breaking yard. After the disaster, all ships that were irradiated during the transportation of goods had to be placed somewhere. This place was the small bay of the Pripyat River, which later became known as the ship breaking yard. It is difficult to find a place where you can still see such a picture;

Market in Pripyat city. If you want to take a look at a standard Soviet market of 1986 model with your own eyes, then you will definitely like this place. Old cash registers, washing machines, remnants of counters and household appliances - all this will cause nostalgia for the older generation and interest for the younger.

Do you think this is all?

Oh no, what about a pond with 2 meter catfish? You may be lucky enough to see them.

A deserted kindergarten in Kopachi is a place full of emotions!

Or maybe you prefer to admire the scenery from the observation deck or take pictures against the backdrop of an abandoned cargo port?

May be you are interested in machines? You look exactly at the achievements of scientific and technological progress of 1986. The liquidator robots in 1986 are not a figment of anyone's imagination. This is reality. And you will see them.

You can be sure that absolutely everyone can find his own corner in Chernobyl, because the go2chernobyl team will take care of it.

All you need is passport, high-necked clothes and good mood. And we will also help with the latter.

One thing more! In connection with the beginning of the new season, we have an action, thanks to which you can win a free ticket to the national museum “Chernobyl”. Therefore, right now, leave your application on the web-site, and go to the place where the apocalypse has already occurred.