Certificates
Tours Cernobyl Zone >> TOUR TO CHERNOBYL AND PRIPYAT. ONE DAY GOOD, BUT TWO – EVEN BETTER!

TOUR TO CHERNOBYL AND PRIPYAT. ONE DAY GOOD, BUT TWO – EVEN BETTER! 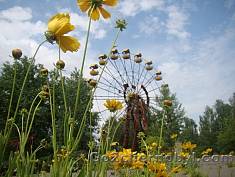 Tour to Chernobyl and Pripyat. One day is good, and two is even better!

How many interesting things can be seen in the Zone! A one-day planned visit to the Chernobyl Exclusion Zone was developed by us taking into account the wishes of satisfied customers and we are trying to show you the most interesting things and bring you the most information. But, unfortunately, to show the entire Zone in one day, to present you all its charms, to visit all interesting places, even for us it is sometimes a difficult task. Often physically, due to lack of time. Go2chernobyl.com specialists have developed special multi-day tours to Chernobyl and Pripyat for Chernobyl tourists.

One of the most popular multi-day tours to the Chernobyl exclusion zone is two-day tours. We specifically took care to cover the maximum of everything interesting that is included in the one-day tour (the city of Pripyat, Chernobyl, Chernobyl) and will offer you an addition to the program with a visit to at least, or maybe for some, more interesting places in the Exclusion Zone. You have the opportunity to see rarely visited villages, towns and chat with self-residents who will surprise you with their way of life and hospitality.

A two-day tour will give the most complete picture of the Exclusion Zone, since you will visit many objects that can create for you a clear picture of what the Zone is.

For two daylight hours that you will spend in the Zone, you will have the opportunity to see a maximum of interesting things. In addition, you can enjoy the Chernobyl night spent in a departmental hotel located in the city of Chernobyl. The light of the moon and stars is bewitching. You are waiting for lively conversations and discussions ... There will be something to remember and tell friends.

Of course, you are interested in the issue of radiation safety? In two days of visiting the Exclusion Zone, you will receive a minimum accumulated dose of radiation, approximately equal to a two-hour flight by plane, which is many times less than radiation exposure with conventional fluorography.

There are dangerous radiation places in the Exclusion Zone, but go2chernobyl.com routes are designed with all the necessary radiation safety standards in mind, which minimizes the effects of radiation on the human body. Our experienced guides know a lot about this. All you need is a strict adherence to the instructions of go2chernobyl.com guides

To your attention an indicative program of a two-day planned tour to Chernobyl and Pripyat:

08-30 - boarding a comfortable bus, departure in the direction of the Chernobyl exclusion zone. During the journey we plunge into the mysterious atmosphere of Chernobyl and Pripyat, experiencing the tragic moment of April 26, 1986.

10-30 - our "time machine" arrives at the first checkpoint - checkpoint Dityatki. A thorough check of the composition of the group by representatives of the special services. Each of you will get goosebumps from the piercing gaze of the inspector. He sees you through and through. You can be sure of this ...

We drive towards Chernobyl along empty streets. Neat bulk shafts and information signs remind us of the evicted and buried villages.

11.00 - 12.30 Chernobyl - for some, this city is shrouded in mystery, the imagination draws atypical landscapes. But upon entering the city, we are convinced that he, as it is not strange, is alive. Workers serving the Zone live there, there are administration, prosecutors, police, post offices, shops and even a cafeteria.

In Chernobyl, we will visit the museum, the Ilyinsky Church, the Glory Park, the river port, the memorial to Those Who Saved the World, and many other interesting places.

12-30 - 13-30 we move in the direction of the epicenter of the tragedy. Abandoned villages, the memorial to the Heroes of Chernobyl, a bypass channel feeding giant catfish. Photo and video shooting allowed. You will be able to mount a movie about visiting the ChEZ at home.

13.30-14-00 - the observation deck of the reactor No. 4 of the Chernobyl nuclear power plant that exploded in 1986. It is so close ... You will see the construction of a new confinement, get acquainted with the most complex engineering solution for converting the Shelter into an environmentally friendly system. This is truly a striking grandiose project that has no analogues in the world. You might even be able to chat with the station staff.

14.30 Then we are waiting for the abandoned village of Zalesye. Until 1986, the village of Zalesye was one of the largest in the Zone, its population reached more than two thousand people, and after the accident only a few dozen self-settlers returned to it. In the village, abandoned huts, a school, a livestock complex, or rather what was left of it, as well as a monument to the heroes of the Great Patriotic War were preserved.

15.00 The next point of our study tour will be the village of Kopachi, it is located four km from the Chernobyl nuclear power plant. In the eighties of the last century, the village developed rapidly, and in 1986, during an explosion at the 4th unit of the NPP, the village was very much affected by radiation. It was decided not to carry out decontamination, but to immediately bury the entire village under a layer of earth. The monument to WWII Warriors, a kindergarten, as well as a machine and tractor, survived