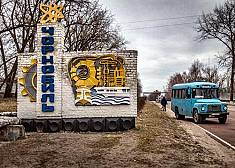 Maybe, in the minds of most people the word "Chernobyl" is associated with "Black" and "pain". These two roots that make up the name, and pushing to search they have a hidden meaning, a warning, a sign. Have those who founded ever thought about this did the city give him that name? Could you foresee that such a name is not the most good for the city? Or is it already us, from the height of historical experience and established circumstances are these signs seen?

Let's get outside of.

After ChNPP disaster in addition to researching its objective causes, people by force  of their nature they  began to look for  “signs”, which indicated that the tragedy was simply destined it was done. And of course, attention was immediately drawn to the name of the city and its history. 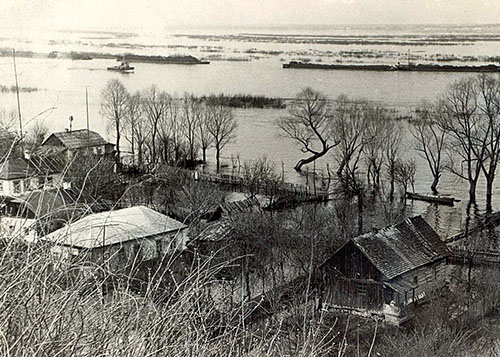 The town of Chernobyl has an ancient and rather interesting history, the first mentions about him date back to the 12th century. Accordingly, the etymology of the origin of the name needs to look for there. According to one of the most common and plausible versions, the town was called so because of the abundantly growing wormwood here, which the locals called "Chernobyl", black or bitter grass. Accordingly, a piece of "past" is  not mean "to be, being", and "blade"  is a plant. Wormwood is really grew here are full fields, and given that the Slavs were inclined to give names settlements by the most characteristic feature of the area, such a version seems believable. Wormwood is a plant as a plant; by the way it is very useful in agriculture. Why not call it, right?

This is already later much later after the tragedy of 1986, the meticulous researchers found in the Bible references about  wormwood, prophecies about the “black star wormwood», which will fall to the ground and poison one-third of all waters, causing death.

"The third angel sounded, and a great star fell from heaven, burning like the lamp  and fell upon the third part of the rivers, and upon the fountains of water. Name of this star is Wormwood, and a third part  of the waters became wormwood, and a lot  of the people died from the waters, because they have become bitter. In the Bible and the scriptures, the truth of wormwood is mentioned several times, often denoting by itself "poison", "curse" and in general the punishment of the Lord. But it seems to us that the Bible can be interpreted differently depending on the mood of the researcher, what do you think?

There are other equally interesting variants of the origin and meaning of the word «Chernobyl». Of course, there is little positive connotation in them. Someone decrypts the name is “eaten by worms”, someone is “black blood” ... Someone sees in a catastrophe punishment for the deeds of a sect that settled here in the second half of the 18th century and preached the coming of the Antichrist and the imminent end of the world ...

But is it worth searching for mystical signs where there are none? Judge for yourself:

-the city of Chernobyl did not become the settlement that was most affected by the explosion at the nuclear power plant;

- it is farther from  ChNPP  than the Pripyat;

- and the size is also inferior;

- eight centuries (by the most conservative estimates) the town stood fairly quiet and peacefully and there were no more precursors in his history or indications of such a tragedy scale. 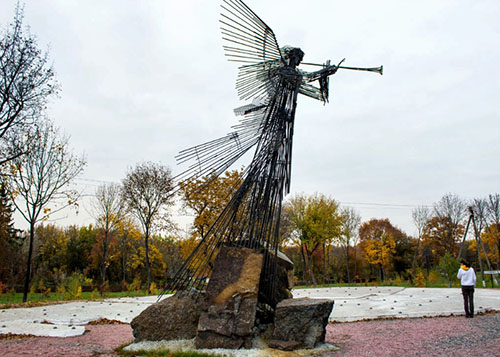 Following objective logic, “signs” and predictions would be worth looking for in the title "Pripyat", which was completely destroyed in 1986, and where unlike Chernobyl people will not return soon. Meanwhile, the name of the town of energy received from the name of the river on which it was built, and which is interpreted as "sandy shore is not covered with forest or shrubs ", that is the beach.

What's the cause…Is there a mystic in the name of the town of Chernobyl? Did the accident of 1986 the very "black star wormwood"? Or there is not subtext, and it is worth be guided by objective historical facts? Who knows...

We can only tell. You can go and see, and decide for yourself.