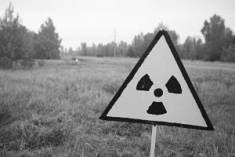 Chernobyl exclusion zone is an officially designated exclusion area around the site of the Chernobyl nuclear reactor disaster.

Our company GO2CHERNOBYL is a leader not only of the price range of excursions in exclusion zone, but also in terms of quality of distributed services.

There are at least 7 reasons to choose us:

– Experience over the 7 years;

– The lowest price under the best conditions;

However, 1986 year already long gone. The current background radiation of the Chernobyl Exclusion Zone allows you to visit this mysterious land, which hides inside many unknown things.

The exclusion zone was formed in a couple of days after the biggest disaster in the history of mankind, in April 1986. The zone has not always been   like it is now. Configurations of the zone changed.  Being in a very dangerous situation liquidators tried to remove consequences of the accident. Alas their attempts were mostly in vain. From the nearest territories, about 30 km around, were evacuated local citizens. Scientists were analyzing the pollution scale.

The 80th were at their end. The exclusion zone, as we imagine it now, consisted of 3 parts: special (the territory on which the nuclear power station is); 10 km zone; 30 km zone (the distance from Chernobyl nuclear power plant.

Only in the middle of the ninetieth it became clear, that threat of accident has extended much further the closed territory. That is why additional evacuations were arranged on the new territories by 1996s.

Now the total area of the exclusion zone is almost 2600км it is equal to the area of Luxembourg.

Animals and plants have adapted well to this ecosystem. It has influenced flora and fauna of the exclusion zone. Scientists have found out, that influence of radiation on the nature is less damageable than the influence of people, industries, vehicles, agriculture works and use of the mechanized means of work.

After thirty years the nature of exclusion zone has renewed. Only here new types of plants that bloom and please us with unknown beauty can be found.

Such rare European animals as a badger, a bear, a lynx and many others have found here perfect conditions for survival and protection against people.

Besides, in May 1998, about 30 Przewalski’s horses were brought in the zone for an experiment. They have perfectly adapted and their population raised to 100 horses.

Everyone can see the specific nature very closely during the visit to the zone of exclusion. You can hear the echo of 80th that mystically wanders over the abandoned cities. Everything that you hear or see in the zone will live in your mind forever.

If you are tired from the daily routine and you do not like ordinary excursions, you have come to the right place. Book an excursion to the zone on our website. Here you will get the incredible emotions and life time memories.