"Russian Woodpecker", "Duga" – Can we watch or touch? 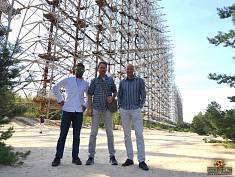 The USSR was famous for its large-scale buildings, striking ideas and even more crazy goals! Today we will talk about one of such super-secret centers, which is located near the city of Chernobyl and is located in the 30-km exclusion zone.

Seven kilometers from the Chernobyl nuclear power plant is one of the most epic constructions of Soviet-era Cold War engineering - the Over-the-Air Radar System “Duga”. This is a huge, now abandoned antenna system, built in the seventies as part of the Soviet missile defense. The purpose of this radar is an early warning about the release of a colossal amount of energy into the ionosphere, which could only say one thing - America is attacking!

Outwardly, it is a huge lattice mega structure with two antennas: the first one, 150 meters high and 550 meters long, was designed for low frequencies, the second, 90 meters high and 200 meters long, worked at high frequencies. To manage the radar system, a small secret town of Chernobyl-2 was built, in which 1000 people lived. The town was equipped with everything that was necessary for a comfortable living of a Soviet citizen.

But what was most interesting - no one knew about its existence. The question is ripening: but how is this possible? For local residents there was a legend that this is a children's camp. And if a letter came with the address on the street. Koroleva - they knew at the post office that they needed to be delivered to the “DUGA”, because there was no street with that name in Pripyat.

The antenna made a sharp tapping sound, which earned the nickname "Russian Woodpecker." It was such a powerful system that sounds interrupted broadcasts, aviation and shipping communications around the world. Thousands of official complaints were filed by various countries of the Soviet Union about this interference, which forced engineers to carry out a complete modernization of the station. 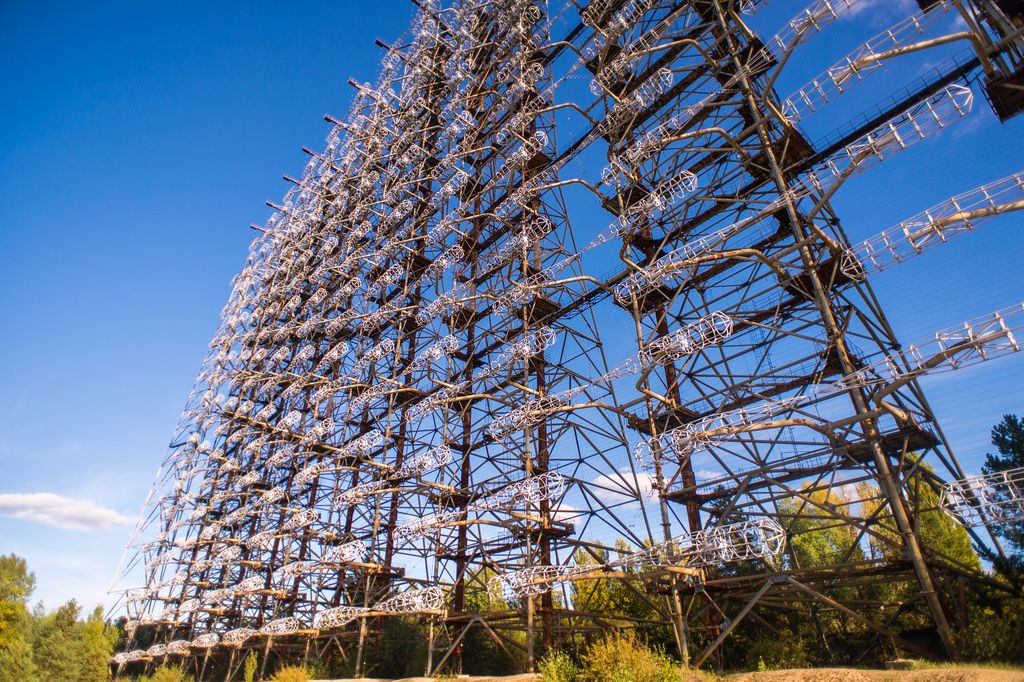 Many people around the world had different conspiracy theories regarding what caused the noise, but the source of the interference was confirmed only after the collapse of the Soviet Union. After the Chernobyl disaster, all the expensive equipment from the secret facility of Chernobyl - 2 was transported to the Khabarovsk Territory, where there was another over-the-horizon radar system.

Each government thought about how to dismantle mega buildings. But such structures must be undermined for dismantling. If you take into account the size of the arc, then its fall can cause an earthquake up to 8 points. It, in turn, can provoke an explosion at the Chernobyl nuclear power plant, since the Chernobyl nuclear power plant is located in close proximity to the “DUGA”.

Many experts believe that this particular construction prevented a nuclear war between the two superpowers during that intense period of time of their confrontation.

Whether this was true or not, we can only guess. But you will be able to see the scope of the DUGA striking imagination during the tour in the ChEZ. A visit to the DUGA is available on a one-day group tour.

Do not miss the opportunity to see this object while it is available for visiting!

P.S: Do you know that there is still a small “DUGA”? And our guides will definitely show you it ☺