Certificates
Tours Cernobyl Zone >> Red wine does not save from radiation: debunking the myths of a "peaceful atom"

Red wine does not save from radiation: debunking the myths of a "peaceful atom" 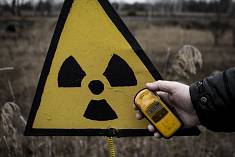 The Chernobyl disaster was an explosion not only of radiation, but also of misinformation - so many fakes and conspiracy theories were about a terrible accident, like about any other event. And although there are no official conclusions on the consequences of the disaster, only forecasts, some of the data today can definitely be refuted. After all, fakes are very similar to radiation - they are not visible to the eye, and their consequences can be fraught with great danger.

We invite you to get acquainted with the TOP-5 key fakes related to Chernobyl.

This is completely untrue. Yes, in the early days of the liquidators and the local population there was a deficiency of iodine, and their thyroid gland tried to absorb it from the air and food. But the half-life of iodine is only 7 days, complete decay is 60 days, and 33 years have passed. So now it’s absolutely safe there.

Myth 2. Ukrainians across the country suffer from cancer due to Chernobyl

It is not true. Yes, after Chernobyl there was a certain jump in cancer in the country, but among the liquidators and the local population. This is, first of all, thyroid cancer. But the connection between radiation and other types of cancer has not been proved by scientists. So Ukrainians blame Chernobyl in vain. In addition, if you study the statistics more closely, you will notice an interesting fact: most cancer patients live in areas that did not suffer during the disaster, but in which chemical production is developed.

This myth appeared in the first days after the disaster, and spread throughout the USSR when it became known. An alcoholic drink was then sold all over the country and even recommended drinking it! Moreover - doctors gave recommendations! But in fact, alcohol, and red wine, is not able to protect against radiation. Unless it protects your nerve cells - from mental stress.

Myth 4. There was a radioactive explosion at Chernobyl

The explosion was, but of a completely different nature. “Nuclear mushroom”, which is often depicted in the illustrations for the Chernobyl accident, is a myth and a horror story. In fact, the reactor cracked due to steam pressure, after which the air-hydrogen mixture exploded.

Myth 5. Chernobyl is a wasteland

Today in the Chernobyl zone is not crowded, but still there are people. There are station employees, personnel serving the 30-km exclusion zone, the National Guard, police who monitor the order and fire safety in the forests, and also self-settlers who returned to their native places. By the way, we practice meeting with homeowners during our excursions - it is incredibly interesting to get acquainted with the local population.

And what myths about the Chernobyl Zone do you know? Most likely, most of them are fakes, manipulations and fairy tales. To find out the whole truth about Chernobyl, it is best to visit the exclusion zone.

Book a tour right now - and our professional guides will tell you and I will tell you the whole truth about the Chernobyl exclusion zone.