They were called "biorobots" ... machines aimed at combating radiation where equipment failed …. just heroes. Yes, today we will talk about the liquidators. 35 years have passed since the catastrophe, but they will forever remain in our memory as people who gave their lives for us to live.

The first who took a pasting

The list of direct victims of the Chernobyl disaster is surprisingly short. Depending on the source, it contains from 30 to 40 names. Compared to disasters such as Bhopal in India, where an accident at a pesticide plant killed nearly 4,000 people, Chernobyl seems like a minor incident. But the problem is that it is impossible to determine how many people died prematurely from diseases caused by radiation and work in extreme conditions.

The liquidators paid the highest price. Thousands of people were sent to Chernobyl, both immediately after the accident and many months after it. When the world recovered from the disaster and the media turned to other topics, the Soviet authorities continued to send people to the Chernobyl exclusion zone to eliminate the consequences of the Chernobyl accident.

Firefighters, deprived of special equipment and training, entered the battle immediately after the explosion, but they did not know anything about radiation. Even those who had worked here before had no idea what this "angel of death" was.

At first, even the plant workers did not realize the gravity of the situation. Personnel in charge of operating the ill-fated fourth reactor noted an increase in radiation levels, but these warnings were ignored as the sensors were damaged.

Later, when it became clear to everyone what had happened, some of the employees remained at their posts, trying to control the situation and minimize the consequences of the accident. These people paid the highest price - about 20 people died in three months after the disaster.

“We didn't have overalls there. That’s why we ran like madmen to be under the deadly influence of radiation as little as possible. We did what we had to, and ran away. Deputy Chief Engineer Anatoliy Sitnikov stumbled, the poor fellow turned over in this rush and got his hands dirty with radioactive dust. He got up, dusted himself off and ran on. He felt nothing, but died a few days later. I am alive because I did not stumble".

The dedication of the power plant personnel deserves the highest praise and memory. However, not everyone was lucky enough to learn about the threat and make an informed choice. The Soviet mess sentenced at least two people to completely unnecessary deaths.

Ekaterina Ivanenko and Klavdiya Luzganova worked as security staff at the nuclear power plant and on April 26, 1986 were on duty near the reactor. Although after the disaster in this place they turned out to be unnecessary, no one recalled them from their posts. They stayed on it until the end of their shift, taking a lethal dose of radiation.

The "Three Kamikaze Divers" are generally considered to be the last direct victims of the disaster. Valeriy Bezpalov, Aleksey Ananenko and Boris Baranov descended into the premises under the reactor flooded during the rescue operation to open the valves and drain the contaminated water.

Care had to be taken that the corium (artificial lava from the molten core of the reactor) did not burn through the substrate and did not reach the reservoirs with contaminated water. This would cause another explosion and the release of a radioactive cloud into the atmosphere.

Information about the fate of divers is controversial. The version about the death of all three in a few weeks is popular on the net. However, in fact, three daredevils lived a long and eventful life, and the last of them, Aleksey Ananenko, is alive to this day. This in no way diminishes the heroism of people who, knowing the level of risk, voluntarily descended into the partially flooded sub-reactor rooms.

Unlike the volunteers, the conscripts and mobilized reservists had no choice. Army units were involved in the liquidation work from all over the Soviet Union, remaining in the blast zone for several weeks.

As Pavel Sekula cites in his book "Chernobyl liquidation: Unknown Stories", a predetermined date was usually seen as a duty to the homeland. The trouble began when the authorities tried to extend the life span in hazardous conditions from the planned two to six months.

It was then that the first and, of course, long-secret mass uprising in the Red Army took place near Chernobyl. Among other things, soldiers from Latvia and Estonia refused to obey orders, for which they were severely beaten and starved.

It is even more important to emphasize that despite all the situation and tension, some ... volunteered.

“Many people said that it was dangerous, but as a specialist I was well versed in radiology and knew what radiation was. Why did I submit my application voluntarily? Firstly, because I was an officer in the Soviet army. Secondly, because no one except I wouldn't do that".

It is impossible to estimate the exact number of liquidators. Hundreds of thousands of people took part in eliminating the direct and indirect consequences of the accident. Almost 4000 of them are “biorobots”. That was the name of those who worked where the equipment was out of order.

They were sent to the roof of the power plant, where graphite fell out of the reactor immediately after the accident. The original plan was to remove the irradiated debris using remotely controlled robots, including a lunar rover with mounted bulldozers. However, in extreme conditions, the cars quickly broke down, so people had to be sent.

“Biorobots” worked in a bloody relay race - the permissible operating time on the roof was only a few tens of seconds. This was enough to fill a shovel with radioactive waste and ... get such a dose of radiation that an ordinary person can receive in a lifetime. 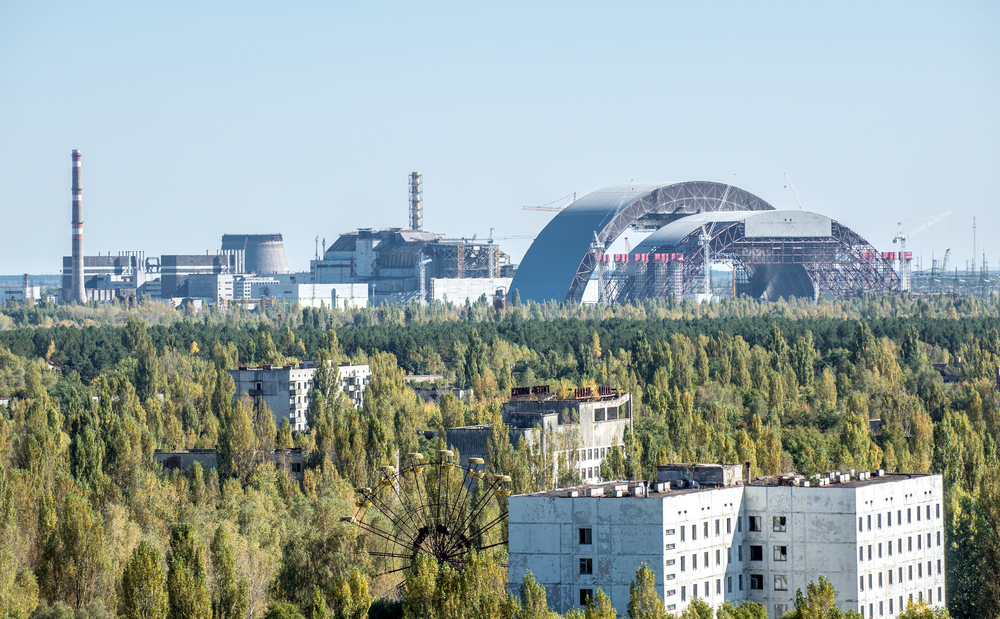 The enormity of the liquidators' labor and their sacrifice did not find due mention. There is a monument to the liquidators in Chernobyl, but the world has forgotten about thousands of nameless heroes.

And what about the authorities? Today, many countries that emerged after the collapse of the USSR prefer to forget about it, even saving money for the treatment of patients. It got to the point that a few years ago, Ukrainian liquidators went on a hunger strike, trying to remind the state of their existence and the tragic situation.

Fortunately, absolutely everyone can honor the memory of people who gave their lives for us to live. The go2chernobyl team will make sure you visit the most interesting places in the restricted area. You will be able not only to look at the monuments and exhibits, which in their entire appearance resemble that terrible time, you will literally live what the liquidators experienced. Feel every moment, be inspired by their courage and forever change your perception of the world.

Why is it worth going now? It's not even a pandemic ... For 35 years there have been no people in these places. Hospitals, schools, kindergardens, shops, monuments and even the station itself are no longer in the best condition. Nature gradually regains its territory, leaving nothing behind. Thus, if you do not visit Chernobyl right now, but postpone it for the next year or vacation, then you risk never seeing these places again. And there is something to see here, do not hesitate!

Right now, follow the link  and leave your request on the site. All you need is to take passport and closed clothes. We'll take care of the rest for you!